Cocktails of ramsons and acidic berries kill E. coli in a piglet gastrointestinal model: an alternative to antibiotics?

Mixing ramsons and acidic berries enhances, in a synergistic manner, the antimicrobial activity observed for the plants separately, and make the plant cocktails of interest as a feed additives as an alternative to antibiotics in both organic and conventional pig production.

The mechanism behind the antimicrobial effect can be either specific toxicity exerted by bioactive plant components, a pH-related effect (as a rule of thumb, E. coli only grow at pH above 4, and can be killed by pH below 4) or a combination of these.  In livestock production, plants or components from plants like these have therefore been considered used as alternatives to conventional antibiotics that are under continuous scrutiny due to the risk of antibiotic resistance development. Compromised palatability (taste) and nutritional value of the feed may however be a critical issue for individual plant components, since they have to be added to the diets in relatively high amounts in order to obtain sufficiently strong effects.

The Danish Organic RDD project MAFFRA (Multicomponent antibacterial feed additive for weaning piglets against intestinal diseases) screened a number of plants and berries, including the above mentioned, for their ability to inhibit in vitro growth and/or survival of E. coli strain O149:F4 in pig digesta (gut content from the stomach and the small intestine). In particular, mixtures (cocktails) of the plants were tested to investigate if, preferably, synergistic effects could be observed or, at least, if a mixture of plants, each added in lower concentrations could replace one plant added in a higher concentration.

Synergistic effect by mixing ramsons together with redcurrants or lingonberries

In practice, digesta (from stomach and small intestine) was collected from slaughtered animals that had been fed a standard pig diet. Small plastic bags containing digesta samples (5g) were inoculated with a pure culture of E. coli O149:F4 (107-108 bacteria cells per g digesta) and amended with freeze-dried, grinded plant powder in concentrations of 0.5% to 5%. The bags were sealed and incubated in a water bath (37°C) for four hours, after which the number of E. coli in the digesta was determined by selective culturing.

In the small intestine assays (Figure 1, initial pH ~6.5), ramsons (1% and 5% inclusion rate) showed a strong antimicrobial (bactericidal) effect towards the E. coli F4:O149 strain, and the effect was not due to a decrease in digesta pH (final pH ~6.5). Antimicrobial (bacteriostatic) effects were also observed for the acidic materials (e.g. lingonberries and redcurrants), probably due to their pH-reducing effect (final pH ~4.5), but the effects were only observed with an inclusion rate of 5%. For mixtures of ramsons and berries (0.5+0.5%), the observed effect was probably caused by ramsons alone. A mixture of five plants (0.2% each) showed no antibacterial effect. 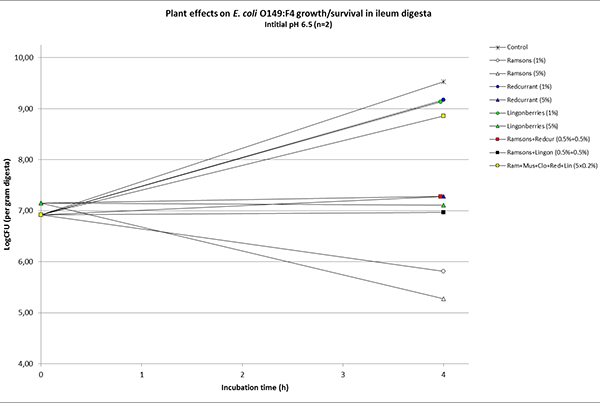 Figure 1. Antimicrobial effects of ramsons, redcurrants, lingonberries and mixtures (cocktails) of these as well as clove and mustard towards E. coli strain F4:O149, tested in small intestine content (initial pH 6.5) from pigs.

In the stomach assays (Figure 2, initial pH ~4.4), and with an inclusion rate of 5% plant material, redcurrants and lingonberries showed the strongest antimicrobial effect towards the E. coli F4:O149 strain, probably due to the pH decreasing effect (final pH ~3.75). Ramsons (5%) showed a strong antimicrobial effect as well and, as observed in small intestine content, not due to a pH decreasing effect (final pH ~4.5). With an inclusion rate of 1%, ramsons still showed bactericidal effects, whereas no effects were observed with 1% of redcurrants or lingonberries (final pH ~4.2). 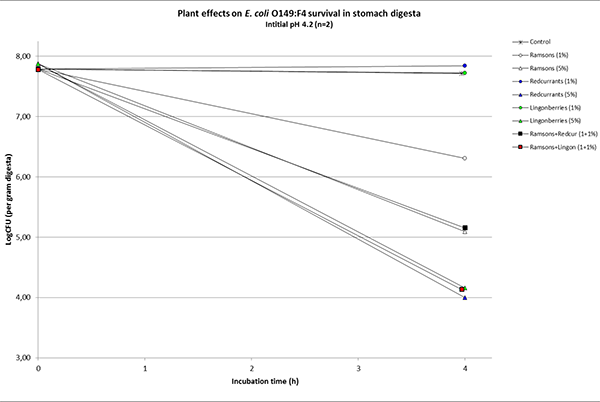 Promising cocktail with mixture of ramsons and acidic berries

In conclusion, the presented observations show that freeze-dried powder of ramsons possesses strong antimicrobial activity in vitro against the pathogenic E. coli strain F4:O149, known to induce post-weaning diarrhea in piglets. Antimicrobial effects were observed for other plants as well, in particular acidic berries, however higher concentrations were needed. Moreover, the antimicrobial effect of ramsons seems to be pH dependent (stronger with lower pH) and a synergistic antimicrobial effect was observed for mixtures of ramsons and acidic berries. These cocktails are thereby highly interesting and promising for further tests with respect to their ability to suppress E. coli O149:F4 in vivo and potentially being used for preventing and/or treating post-weaning diarrhea in piglets as an alternative to conventional antibiotics. 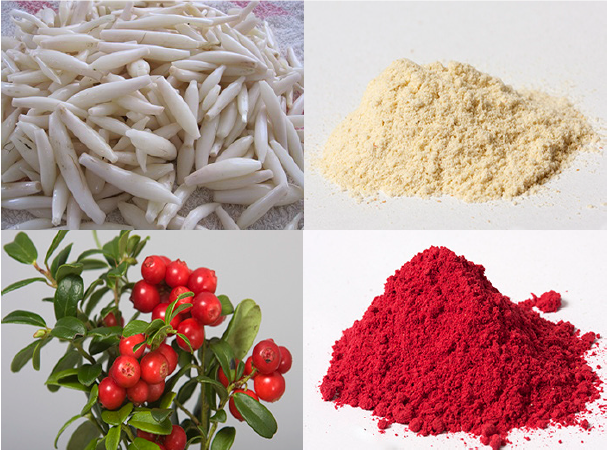 The project MAFFRA is part of the Organic RDD 2.2 programme, coordinated by ICROFS (International Centre for Research in Organic Food systems). The project have received grant from the Green Development and Demonstration Program (GUDP) under the Environment and Food Ministry.